These structures have been implemented by some of commercial buildings by foreigner contractors, and Architaj team benefits it could make this unique technology and design localized, and it could design and implement it using technical and engineering staff and craftsmen of its own team, by supervision of Eng. Jame Bozorg.

The same structure with elliptic cross section with 13m and 7m diameters is implemented on void of Fiorella medical building. Its construction has been done by topography design and executing CNC profile and nodes. Its designation is so that it’s stable with least height of structure, and it covers considered surface completely, without any need to movement pillar and circulating triangular forms.

The glass in this structure is used with HS technology, which is completely safe and according to standards of Europe according to BS regulations. These structures are stable against any vibration or forces on it, and any squared meter of theses glass parts resists against up to 600kg force.

Sealing of this structure is done using basic WS glue and rubber which are imported exclusively for Architaj projects, so that resist against severe rains with wind and moisture and direct radiation of sun in the same region. Around the same structure, a large flushing is implemented which is made from metal plate with CNC cutting, so that guides all waters in surface of structure to top of the roof.

Design, product and installing this structure was ended in 45 days by supervision of Eng. Jame Bozorg in 45 days, so that its innovation, design and executive power be another strength point in resume of Architaj team in special lighter production field.

In roof space, this modern and special structure catches eyes with its beauty form, and shows a geometric and minimal form in interior triangulated cross section view, which is compliant with building interior design style and its application.

This project in Oxyn Building by management of Eng. Mokhberi could be an starting point in free form lighter production in Iran, so that could has been accomplished by expertise and skill of Iranian staff, and causes to index some buildings with such design and implementation. 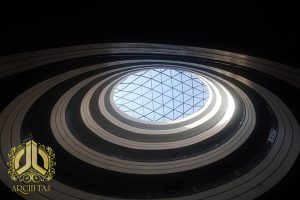 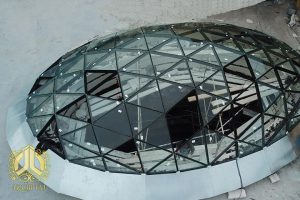 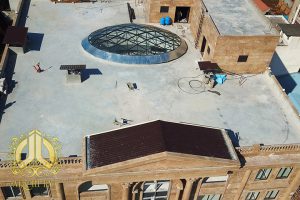 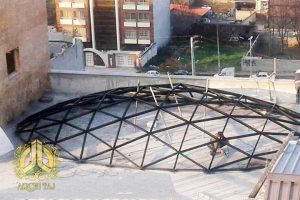 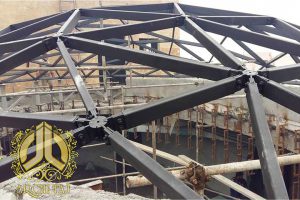 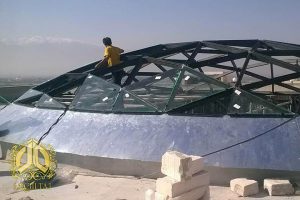 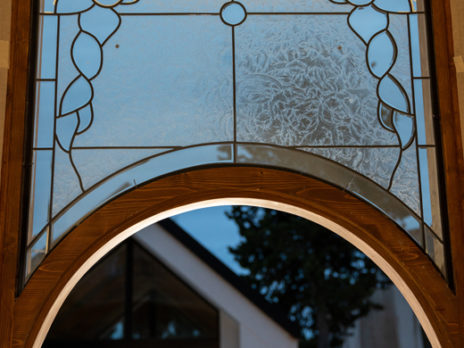 Manufacture and installation of stand glass in the seaside villa 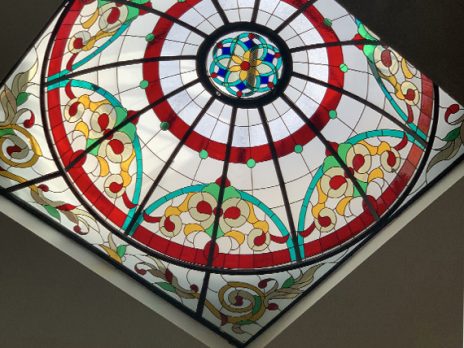