The greatest and most unique stained glass structure in Iran and Middle East was accomplished in Oxyn commercial building in Amol city, by Architaj technical and engineering team, in autumn of 1397. This structure, with its 18m diameter for length of dome gate, is the largest structure which has been mounted on stained glasses, and it’s located in void center of this commercial building in Amol city entrance in Mazandaran province.

The project employee Dr. Taheri and Eng. Mokhberi as designer and constructor of this building wanted immediate construction with highest qualities I doing all contracting affairs, because of their new and different sight in set of Oxyn building construction. Hence, implementing this dome with a 300m2 area was done in a month in stained glass workshop of Architaj team, and it was transferred to project location.

Construction of this glass building was designed and implemented directly under supervision of Eng. Jame Bozorg having PHD of structure, and all of calculations were done according to combinational nature of deck ceiling and concrete. In 20 days, the metal structures department of Architaj team, could produce the structure according to regulation and technical specifications of metal structures using CNC and curving machines and mount it on void in project place.

Design of stained glasses by Mrs. Eng. Tootzari was done according to BS regulations, according which glass and metal parts are produced according to current standards in the world so that this reinforced glass maintain its stability during several years and not to be damaged.

Architaj group employs most modern sealing problems in the world according to Europe standards for sealing combinational sealing structures, so that a considerable part of its material is imported from other countries exclusively for this purpose, because one of the most important executive indices of the same structure, is their complete cooling, sealing and airborne problems especially in cities with high rain and moisture, so that it has great importance.

The structure calculation and considering the loads on it and also attention to facilities, cooling and heating and green house air effect under structure in constructing combinational stained glass structures, all are so accurate and engineering works which need technical knowledge, so that such a great structure can be implemented, and don’t has any problem during consecutive years. Hence, its implementation should be done by expert engineers, and elsewhere if it’s done by unfamiliar and non-expert people, or its implementation considered as easy, it will has irreparable consequences.

Architaj technical engineering team by management of Eng. Jame Bozorg, have high performance in doing such projects and they have proved themselves by their full resumes.

Stained glass construction in Architaj glass workshop was done by high accuracy and speed. Motifs of glasses was made according to employer’s opinion and opinion of team’s interior designer about parallel divisions and with some single slideshows, which could make glorious beauty for interior design, using colorful and scratched glasses and with a background of opaque glasses. Installing glasses and their full sealing was done in 15 days by professional Architaj team and under supervision of team managers.

Stained glass domes have unique flourish and beauty from outer view of building, so that the structure its own is considered as one of beauty indices in buildings using top roof as roof garden. By shining lights during the day, the glasses are emerged beautifully from interior and exterior views; also, during night and by radiation of sunset light, the dance of color and light starts, which all are effective in beauty scope of the same structure, from interior and exterior views. During night, with interior lights, this dome can be an element of building shining as a great luster.

Besides beauty of building, using glass domes in lighters of general spaces creates some elements in space which will help to brand a residential building or commercial building and indexing it, by peoples’ journey and seeing these structures. Hence, Architaj team as the only producer of such combinational structures in Iran, advices designers and architecture to index and make prominent their buildings, by being more familiar with universal special material, and make this beautiful difference in their buildings. 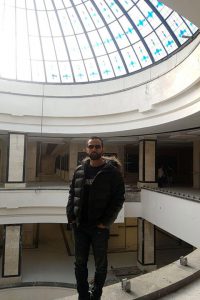 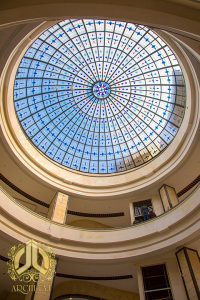 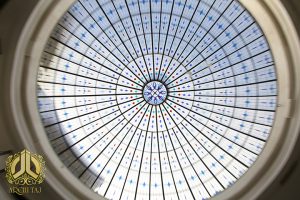 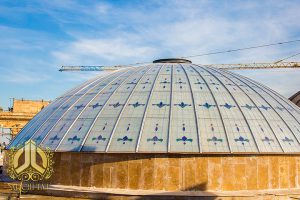 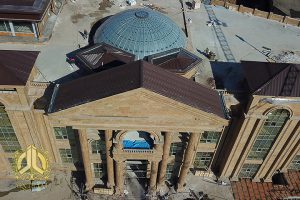 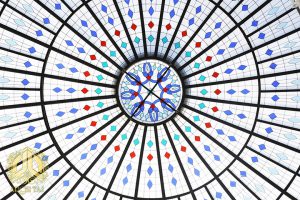 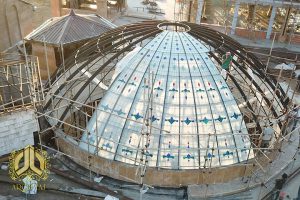 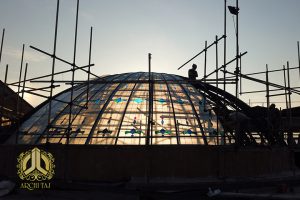 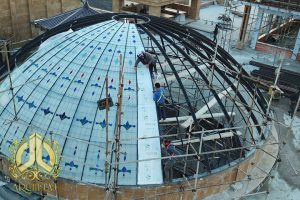 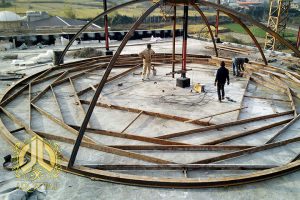 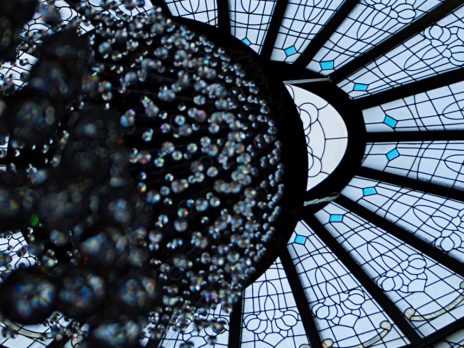 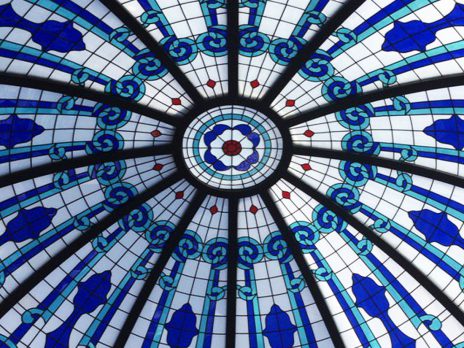 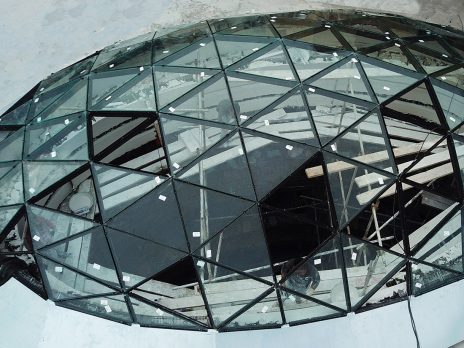